Our CSO has worked for a number of years with Impact Travels in regard to side events at the United Nations. We found them to be a reliable, trustworthy and ethical organisation. Through them we were able to continue our work to accredit a number of young supporters to attend the United Nations sessions in Geneva and New York and to address seminars and side events at both places. This has had such a powerful effect on our young members and has also provided audiences with important insights from the youth. We did not need to worry about travel arrangements or accommodation either. A great service, especially for the young! 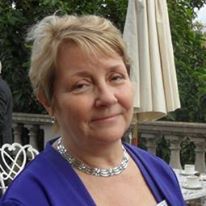 As an International Relations student, I cannot overstate the incredible experience of going to the UN. For me, it was like stepping in to one of my textbooks. Being able to experience the processes and organisation of the UN first hand helped me become more engaged with my degree; I had an extra insight in to the topics I was studying. I also really loved reading about civil society, the Third Sector and the General Assembly in my university readings and knowing that those terms referred to me and the role I had played in participating in UN processes. It was so thrilling to be able to sit in the Security Council and watch history being made. But really, the most amazing part was to be able to deliver a speech and know I was contributing to the UN in my own personal way.

“This experience has given me the unique opportunity to be
able to speak with a range of experts in their field, developing my confidence as well as widening my knowledge of world issues, whilst being able to share my own views and experiences. I have learnt so much about the workings of international politics and how to involve myself within these areas.” 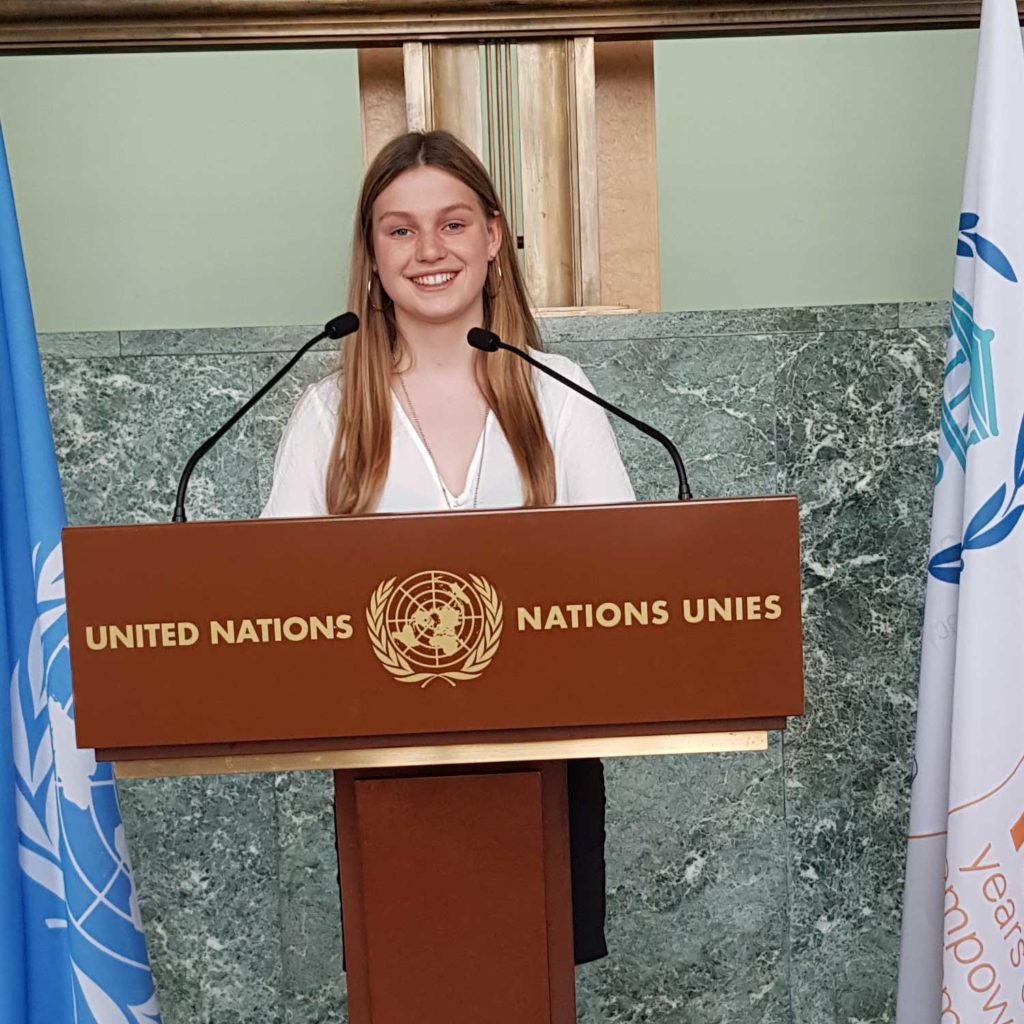 Zarin is a seasoned guide who has been organizing exceptional and truly impactful trips around the world for over 10 years. Her purpose-driven trips are curated to suit her traveler’s social mission, whether it is presenting on panel at the United Nation to working with widows in Tanzania and India.

President, Global Fund for Widows
In Special Consultative Status with the UN’s Economic and Social Council

Thanks to the CSW experience, our students find themselves now with a stronger voice and they have been proactive in seeking out opportunities to use it.

We owe sincere thanks to Zarin Hainsworth and Soroush Fadaei at Serene Communications.

It was a privilege to attend CSW and it is now our duty to ensure that what we have learned finds its way to others. 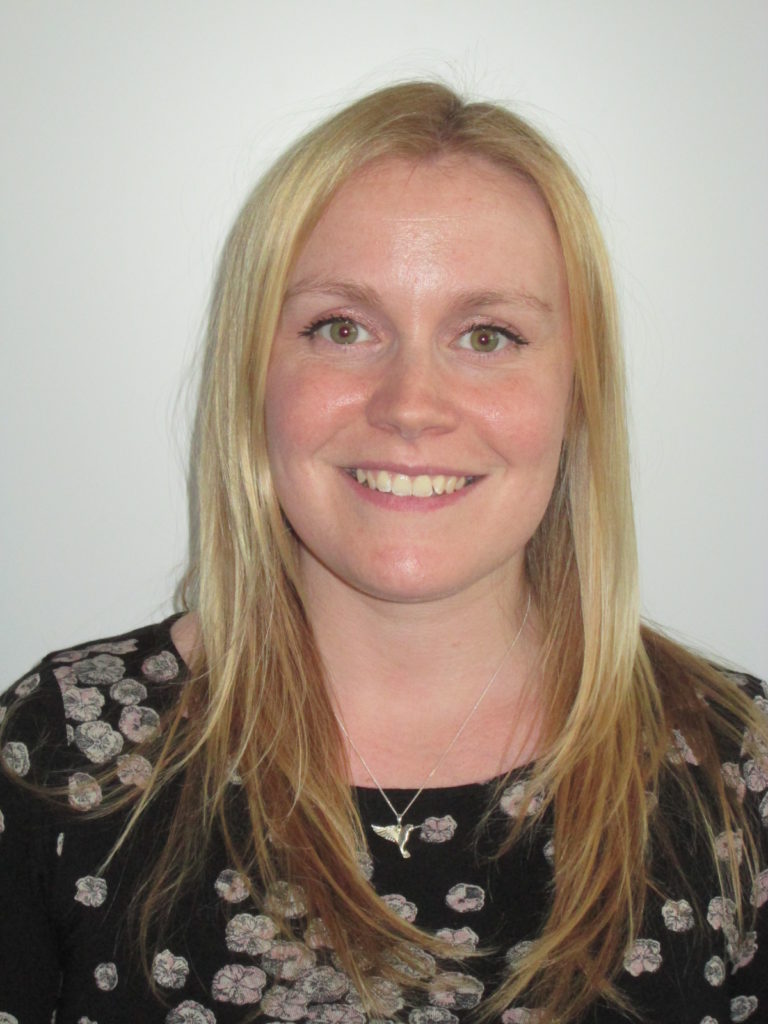 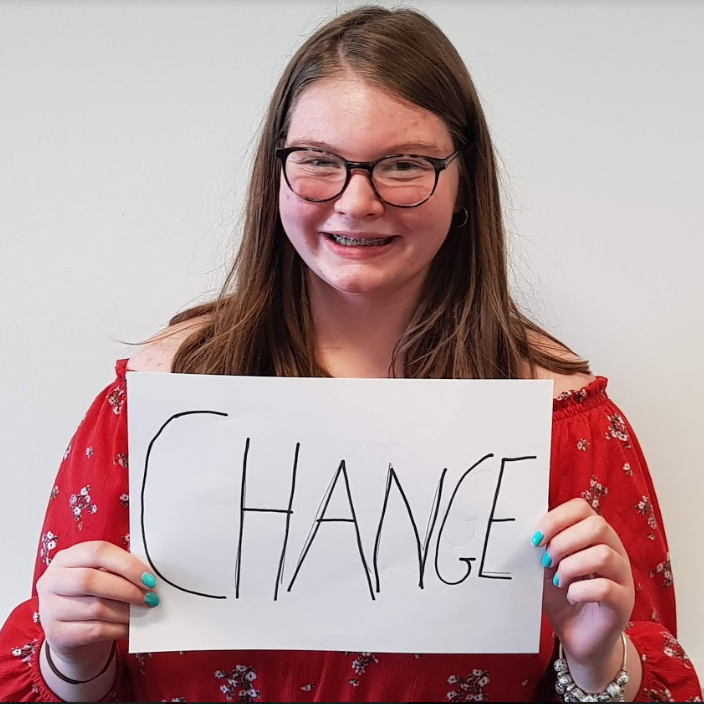 While being at CSW, I felt that I learnt so much about issues that I had never even heard about, this has really opened my eyes to the struggles of women globally and not just in the UK. Not only that but I feel as if I’ve gained so much confidence in public speaking from my experience, I now feel that I can confidently address an audience about a variety issues with confidence and eloquence. The whole experience has really broaden my horizons and made me realise that I can make a difference in society.  I would like to thank serene Communications for allowing me to be part of this amazing opportunity.

I would first like to thank NAWO for giving me the opportunity to speak at their event on ‘Widowhood in all its forms’ at CSW62, and NIWEP for accrediting me, making my journey to this incredible event possible. I would also like to thank Serene Communications for enabling the whole thing. It would be difficult to cover all the amazing events I attended, all the inspirational people I met, and all the skills I have gained from this experience in this testimonial, so I would like to outline just a few of my favourites.

One of the most interesting and intriguing events I attended concerned ‘Feminism in Russia’, which considered the speakers’ experiences as Women’s Human Rights Activists. It was a unique opportunity to hear voices not censored or suppressed by a government which enforces misogynistic and discriminatory laws, including the decriminalisation of some forms of domestic violence and the prevention of same sex marriage. The panellists discussed the obstacles they faced in achieving gender equality, and the solutions they were currently involved in, just days before the 2018 Russian election.   They were entirely honest about their hope for the future and similar to many other events, they were more than happy to discuss ideas and answer questions afterwards, a valuable opportunity to learn more about other areas we were particularly curious about.

Another one of my favourite events was one titled, ‘African Suffragettes’ held in the African Union Permanent Observer Mission, a fascinating topic which, prior to CSW, I had not considered much at all. What made this event especially memorable were the networking opportunities that followed. We had the opportunity to speak to Fatoumata Tambajang, the Vice President of the Gambia and MacDella Cooper, the only woman to run for President in Liberia, who took the time to talk to us about her campaign, advice for our own experiences in politics, and hopes for the future of women and girls.

Furthermore, I feel I developed many essential and beneficial skills during this experience, but perhaps the most striking change I noticed was my increased confidence. By the end of the week I had presented a speech, volunteered at a UN flagship event, and spoken with parliamentarians, activists and CEOs. I could never have imagined achieving any of this without the support provided throughout my time at CSW62. My networking skills were also greatly improved by workshops we attended in the evening where we learnt important skills such as compiling a CV and personal statement, performing well in an interview, and creating an effective LinkedIn profile.

With these improved skills and amplified inspiration, I plan to carry out items from my action plan to ensure that the motivation I have gained from this experience manifests itself in genuine, visible change.

It’s hard to explain the feeling of being a part of something so wonderful and being surrounded by so many inspirational women with common values, all working together to improve the world for women and girls everywhere. 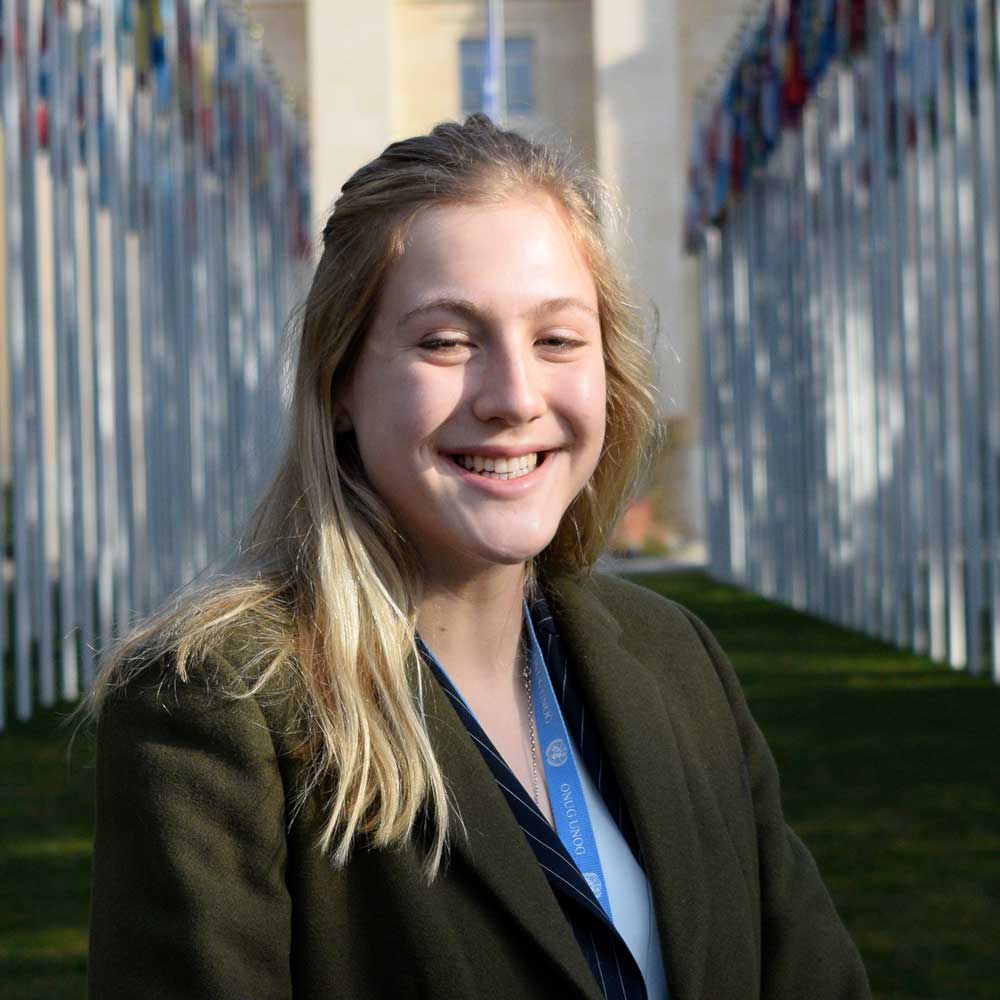 Impact Travels is a trusted organization we work with at the United Nations. It has been so useful to us as a small CSO to assist our young people to take part in major summits at the UN, such as the Commission on the Status of Women. They have trained them to speak at seminars, participate in round table discussions and to engage in high-level discussions. They have arranged all the accreditation for the UN events, arranged the travel and accommodation, and provided a chaperone service for those who have required this. The young people not only learn a set of skills, they become more confident and prepared for the next  stage in their lives. Impact Travels is totally trustworthy and ethical, with a great set of values that they live, not just talk about.

I would like to take this opportunity to thank Serene Communications for the amazing opportunity they gave me to travel to Geneva and participate at the UN; it was truly life changing. Not often can I say that I feel such inspiration simply from simply my surroundings. Every gender, every race, ever culture all contributing together for the greater good of the world was truly beautiful to see.

A key moment within my time in Geneva, that stood out for me, was when I had the opportunity to hear first-hand stories from FGM survivors. Their stories were heart-breaking, eye-opening and overwhelmingly moving. I learnt how truly privileged I am to live where I live, have the family I have and have the opportunities I am given, something I would never have realised so deeply if I had not been given the chance to come on this trip. As such an invaluable experience into both character development and self-realisation. These women have been through so much in their lives, beginning from their cuttings at the age of 8, to now fighting through the continual pain of recounting their traumatic experiences to finally educate others. The bravery they have showed has inspired me to take action as soon as I return hope to do all I can to help innocent girls living in fear and with FGM. I will do all I can to keep the conversation going, raise money and raise awareness to people ignorant to these poor girl’s trauma.

I found the opportunities to network incredibly valuable, for example, meeting the minster of economics for China and the UK human rights mission. These contacts have enabled me to start a conversation with so many amazing, influential people who I have already made plans to meet with upon returning home. The best part of this was that we were on equal footing with these phenomenal people. We weren’t just students, as an NGO we had just as much of a right to be there as everyone else.

Being given the opportunity to present a speech on a subject of my choice allowed me to demonstrate my passion of human rights, while synonymously encouraging me to work with those around me – developing both my confidence and knowledge of the subject. Furthermore, it gave me the chance to speak in front of a noble crowd – many of whom later approached me to ask for my contact details! This opportunity would never have been made possible without the selfless work of both Zarin and Soroush, with their dedication to making people’s voices heard continually inspiring me.

I would like to thank Serene Communications for this life changing opportunity, before leaving I had little idea of where I wanted to go in life, with no contacts or work opportunities. Now, I am returning with global contacts, and future prospects of work and employment, I have truly been inspired. 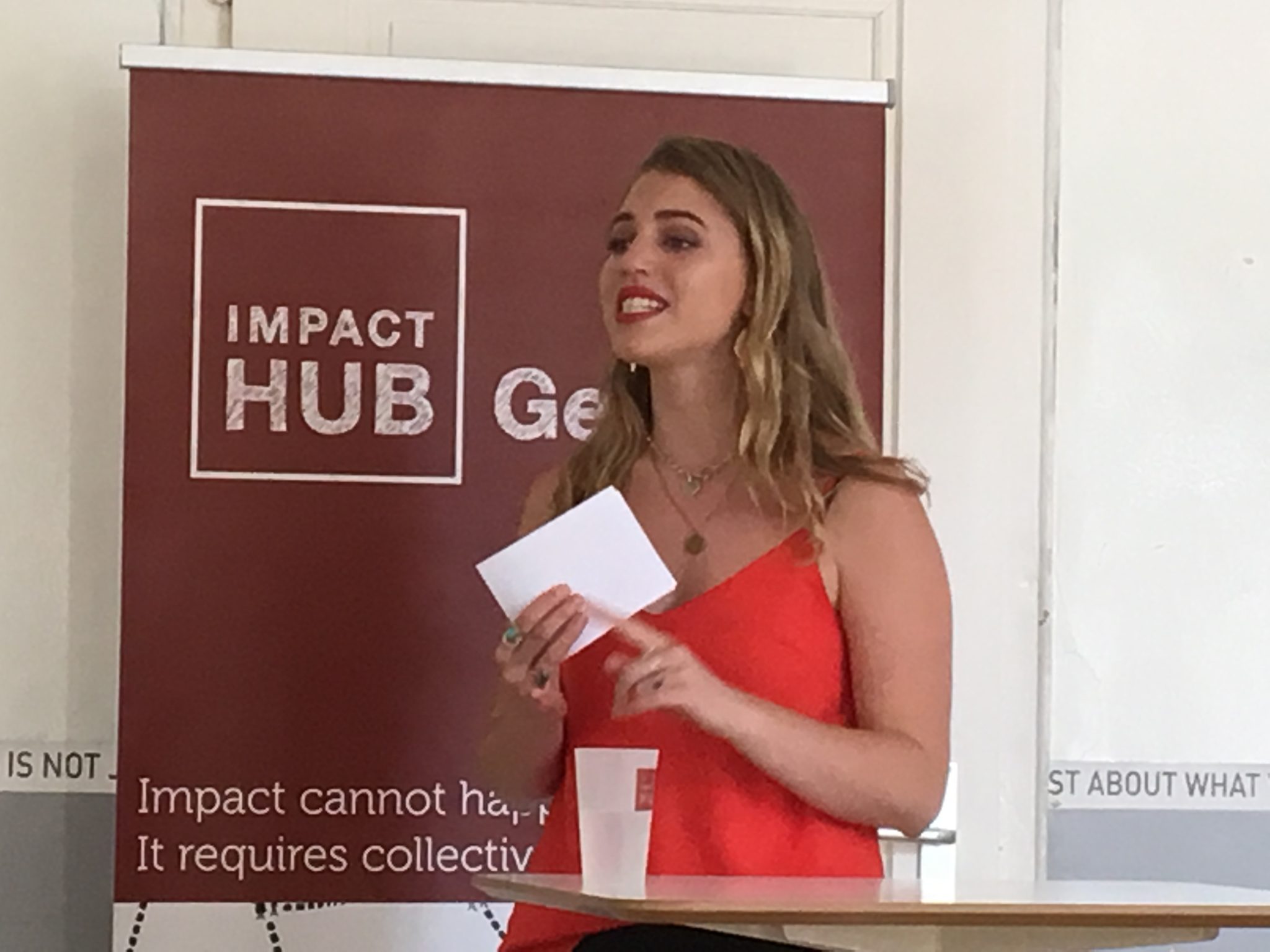 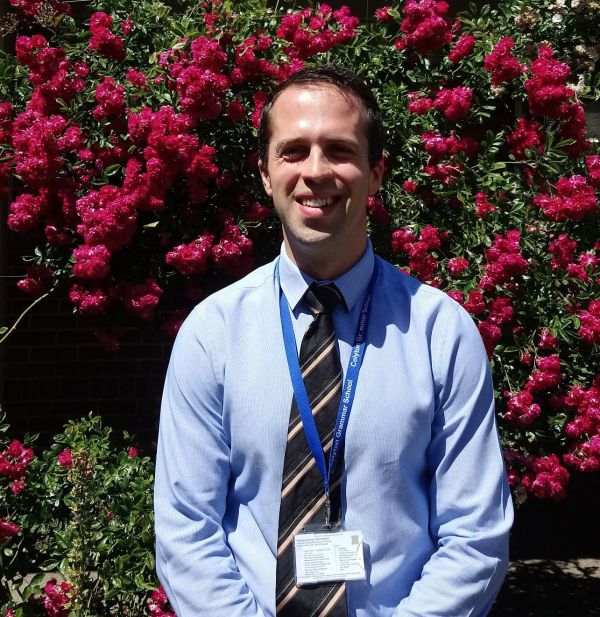 Students from Colyton Grammar School have been fortunate enough to take part in two Geneva-based trips to the UN’s Human Rights Council and the Convention on the Elimination of all forms of Discrimination Against Women. In both cases, the students involved described the residential visits as life-changing experiences that have given them a profound global awareness; helped to shape their prospective career paths; and cultivated important real-world skills such as networking, speech-making and social media strategy. Students also noted the excellent pastoral care that was provided by the trip-leaders as well as the overall “access-all-areas” experience that they were granted at the UN. From a teacher’s perspective, I have been impressed with Impact Travels determination to build a partnership with the school that is based on shared values of friendship and altruism and it is therefore a relationship that we hope to maintain as key pillar of the long-term vision of our school.